Kiddie Tax No Longer Based on Parents’ Tax Rate 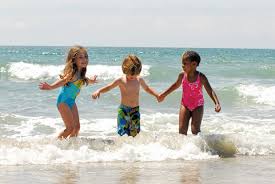 Prior to the 2017 Tax Cuts and Jobs Act (TCJA), the first $1,050 of a child’s investment income (unearned income) such as interest, dividends and capital gains was tax-free. The next $1,050 was taxed at just 10% and any unearned income above $2,100 was taxed at his or her parents’ higher tax rate. A child’s earned income (generally income from wages) was taxed at the single rate, and the child could use the regular standard deduction for single individuals ($6,350 in 2017) to reduce his or her taxable earned income.

Uncoupling the child’s return from the parents’ return also solved another problem. If a child had taxable unearned income, they previously would have to wait for the parents’ return to be prepared to know what the parents’ top tax rate was before the child’s return could be prepared. It was not uncommon for young adults, in a rush for their tax refund, to jump the gun and file their own return while ignoring the kiddie tax rules, only to have to amend their returns. That is no longer the case.